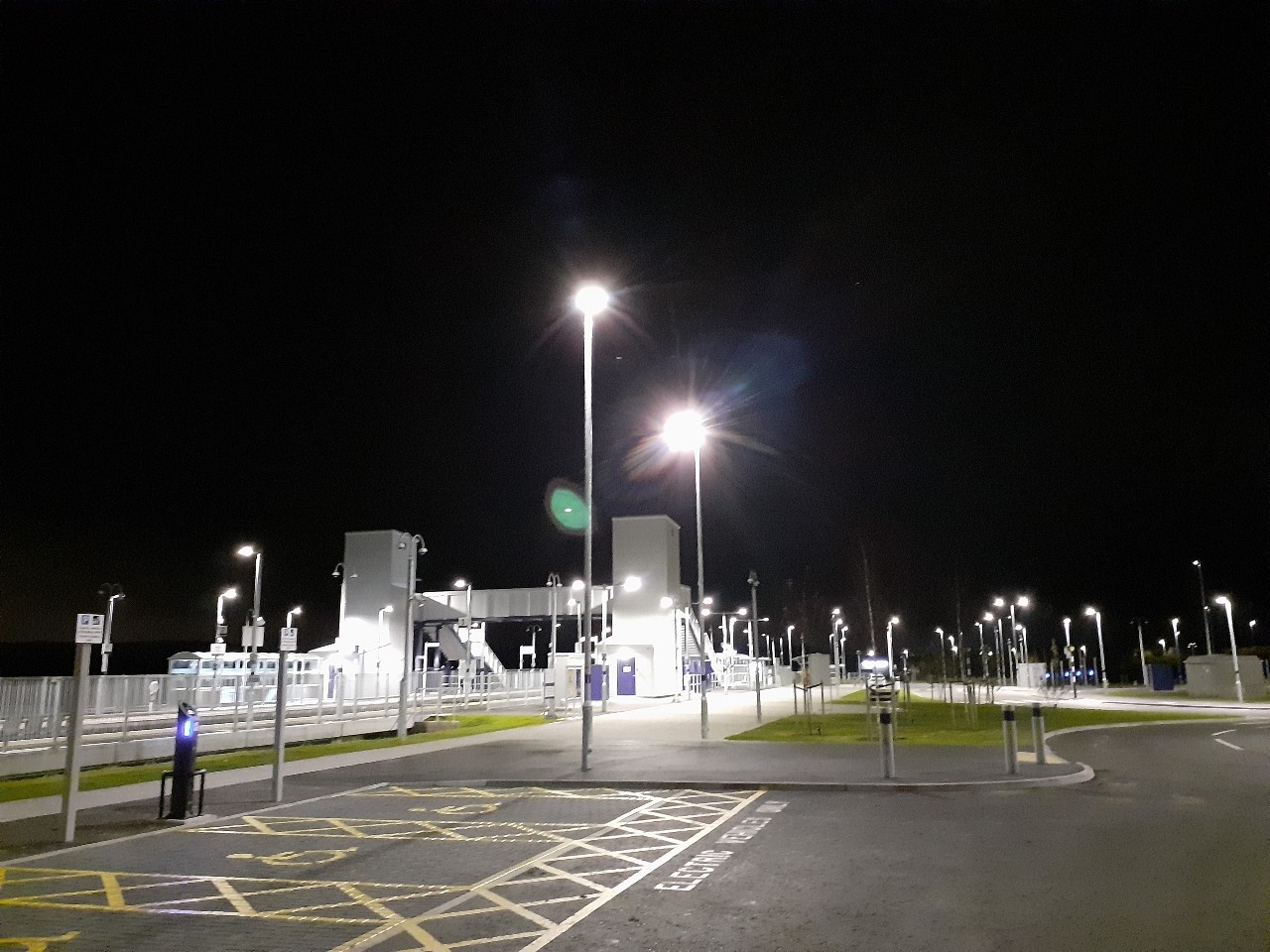 Kintore re-joined Scotland’s Railway after an absence of 56 years this morning (Thursday, October 15) with the opening of the town’s new station.

Providing an interchange between rail and road, the two-platform station is fully accessible with step-free access between platforms via a footbridge with lifts. Built by Network Rail and main contractor BAM Nuttall, the new station has extensive car parking – including disabled and electric charging bays – and bike storage.

With 24 of the 168 parking spaces fitted with electric charging points, Kintore station is also now the largest electric vehicle charging place in the north east of Scotland.

Connected to the local bus network the station also links into the Inverurie-Kintore cycle path.

Funded by Transport Scotland, Aberdeenshire Council and NESTRANS, the new station reconnects Kintore to rail for the first time since 1964 when the original 1854-built station closed as part of the Beeching cuts.

Elements of the original station, including heritage benches and salvaged signs, have been reincorporated into the new facility.