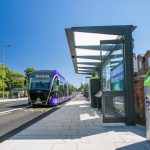 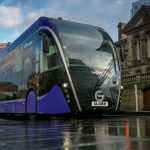 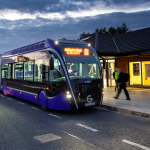 An ambitious project that would offer an opportunity to revitalise public transport in the North East has been welcomed by members of the Nestrans Board as they finalise the next Regional Transport Strategy.

As a flagship project of the Regional Transport Strategy (RTS), the Aberdeen Rapid Transit (ART) system could provide a step change in public transport for the region, delivering a prioritised, high-frequency tram-like solution for passengers. Whilst there are a number of successful rapid transit systems elsewhere in the world, the project could be a first for Scotland. Operated with high capacity, modern vehicles and supported by infrastructure to ensure efficient operation and competitive journey times, Nestrans envisage four key routes linking the airport and TECA in the north to Portlethen in the south, and Bridge of Don to Kingswells and Westhill.

The Board also endorsed a bid to Transport Scotland’s Bus Partnership Fund to support the development of the ART project. Aberdeen City Council will submit the bid on behalf of the North East Bus Alliance to the Scottish Government in April this year.

Chair of Nestrans, Councillor Sandra Macdonald, said, “A key focus of the next RTS is to achieve a 50:50 mode split between car journeys and sustainable options such as public transport, walking and cycling.

“It is critical that our public transport offering is attractive, efficient, affordable and can compete with car journey times. Aberdeen Rapid Transit is part of an aspirational package of over 100 proposals in the strategy which aim to improve journey efficiencies, improve safety and enable access for all.”

The final Regional Transport Strategy was today endorsed by the Nestrans Board. The strategy, which shapes transport policies and actions until the year 2040, has been worked up over the past two years with wide-ranging input from stakeholders, creating a shared strategic vision for travel in the North East. The finished document will now be submitted to Scottish Ministers for approval.