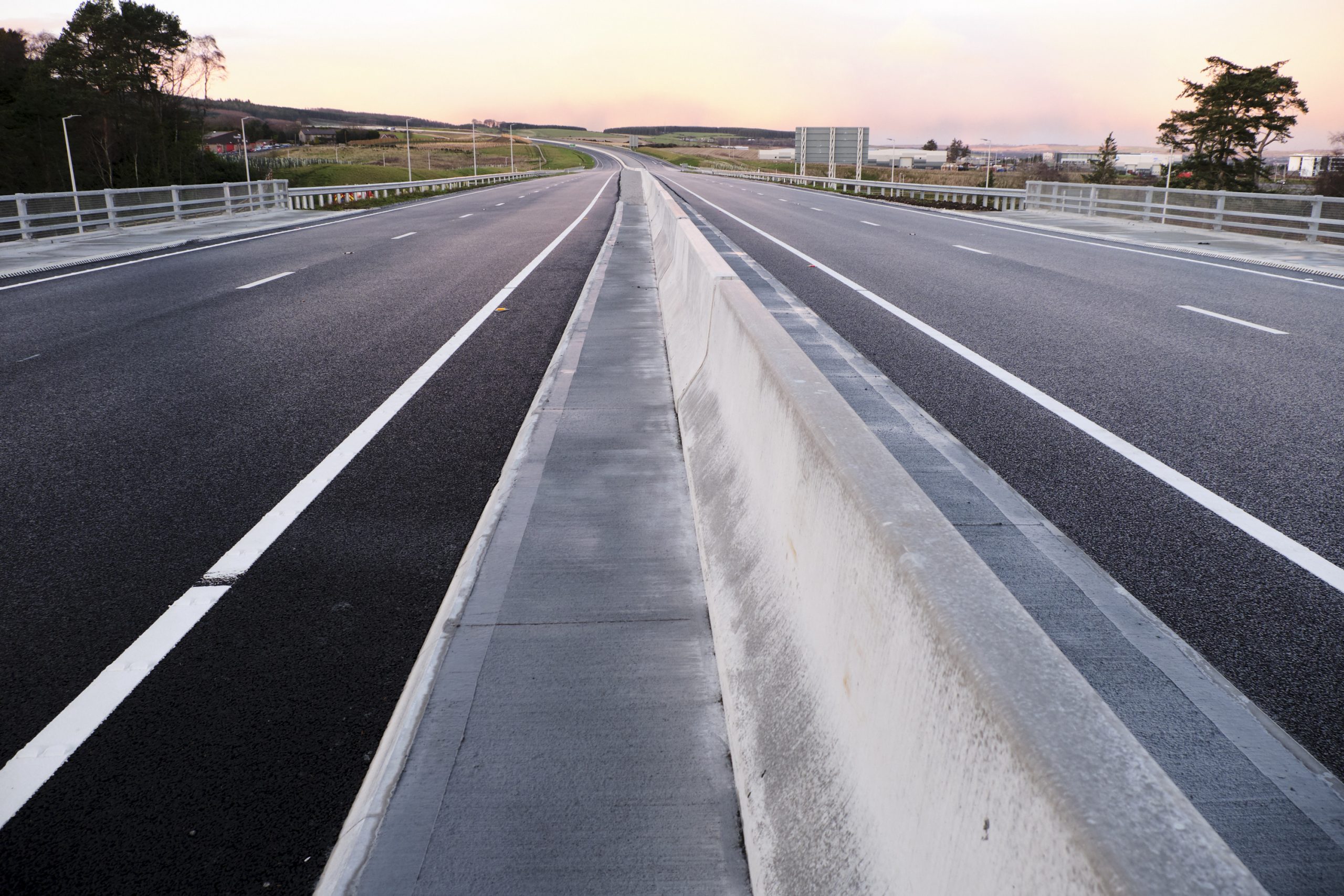 Transport Scotland has released a data snapshot on the first anniversary of the AWPR fully opening to traffic (19 February) indicating that HGV traffic has significantly reduced on the A92 (*previously the A90) since the Aberdeen Western Peripheral Route/Balmedie to Tipperty (AWPR/B-T) project fully opened to traffic.

Depending on the location, HGV traffic along the A92 corridor through Aberdeen has reduced between 49 per cent and 61 per cent when comparing January to June 2019 data with comparable 2014 data. This reduction is greater than the 20 to 36 per cent reduction originally predicted and suggests that the AWPR/B-T may be more successful than anticipated in attracting HGV traffic from the local road network.

“The AWPR/B-T’s first anniversary is a significant milestone and it is important to recognise the transformational effect this project has had on people’s daily lives in the north east. The benefits of the project are plain for everyone to see, enhancing the quality of life for tens of thousands of people.

“In addition to the widely reported improvements to journey times for drivers using the AWPR/B-T, it is clear from the reduction in the proportion of HGVs on the A92 that businesses are benefitting from the option of a faster and more reliable route to and from the North East. Equally, other road users and communities alike benefit greatly from HGVs transferring to the new trunk road.

“This is supported by initial reporting which shows a reduction in congestion through the city, including areas which are susceptible to congestion such as the Bridge of Dee, where there has been noticeable reductions in queue lengths and durations.

“The AWPR is also providing the local authorities with an opportunity to improve and expand public transport and active travel, as traffic has been moved to a more appropriate route.”

“It is fantastic that the opening of the AWPR has led to a significant reduction in the level of HGV vehicles within the city and the new route clearly complements the other improvements implemented as part of our wider transport strategy.

“The AWPR, supported by the Council’s £75m investment, is a vital component of Aberdeen City Council’s £1billion capital programme and it will allow us to deliver on both the economic and transport aims set out in our Regional Economic Strategy.”

“The improved connectivity from the AWPR is helping our communities and is something we’re taking advantage of with the new opportunities it presents for helping with reducing traffic numbers in the city centre.

“The premise of the city centre as a destination rather than a thoroughfare will become far more appealing and the City Council is supporting that with developments that are bringing positive change to Aberdeen’s traditional heart.”

“These initial statistics echo the positive indications we’ve had from residents and businesses about reduced and more predictable journey times.

“The reduction in HGV traffic from rural routes is really being noticed, along with an overall reduction of traffic on the B-class network. We’re also hearing of increased visitor numbers to the likes of Stonehaven and Westhill as a result of the improved infrastructure.”

“The Aberdeen Western Peripheral Route has seen benefits to freight movements in the North East. The take up from hauliers has been even higher than expected, and that shows the road to be catering for their needs and allowing them to find the greater efficiencies and savings they all seek in what is a low margin industry.

“The AWPR allows road freight to keep moving avoiding the bottlenecks that were all too familiar on the old A90. There is also little doubt that the reduction in traffic congestion will have a positive effect on air quality and quality of life in general for the residents who live along the old route. The AWPR is delivering what we all hoped it would; improving journey times and reducing congestion, meaning businesses can be more certain in terms of delivery times and costs.”

*The data covers the A92 (previously the A90) from Stonehaven to Blackdog via Anderson Drive and The Parkway and vice versa.